Energy farming refers to the sustainable cultivation of crops that provide green energy, most notably biofuel—crops like sunflower, castor, Jatropha, and Pongamia pinnnata. As the cost of petroleum rises, the need for alternative sources of energy becomes more urgent. Energy farming empowers rural farmers to enter into the rapidly expanding alternative energy market. By utilizing organic agriculture and land management techniques, the land and the jobs that depend on that land can be sustained. Energy farming methodology is also applicable to food, medicinal, aromatic, and cash crops, and its holistic approach increases crop productivity, decreases cost of cultivation, and stimulates environmental regeneration. 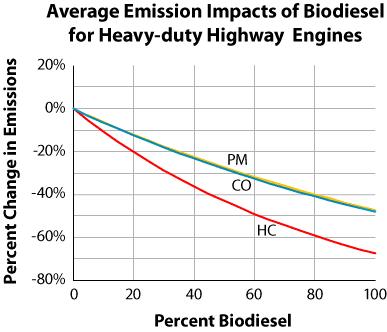 Biodiesel is often blended with petrodiesel. A study by the EPA found that the more biodiesel in the mix, the greater the decreases in emissions of particulate matter (PM), carbon monoxide (CO), and hydrocarbons (HC).

Biofuel—the fuel that is derived from plant oil—is vastly superior to its fossil-based counterpart when it comes to the effect it has on the environment. Engines running on biofuel emit almost no sulfur dioxide and particulate emissions are typically reduced by more than 50 percent.

On a global scale, biofuels reduce the net emission of greenhouse gases, especially carbon dioxide. While it is true that any burning fuel releases carbon into the atmosphere, fossil fuels are composed of carbon previously stored below the earth’s surface in the form of oil, natural gas, and coal, and as they burn they release a new load of carbon into the air. On the other hand, the carbon content of biofuels like pongamia oil has been taken directly from the atmosphere as the tree grows—even one hectare (2.47 acres) of Pongamia pinnata will absorb tons of carbon every year. Burning pongamia oil instead of fossil fuels has the overall effect of reducing carbon dioxide emissions by about 75 percent and carbon monoxide emissions by almost 50 percent. So, planting millions of acres of Pongamia pinnata will help slow global warming.

Pongamia pinnata is the tree of choice for the Himalayan Institute Energy Farming projects. Mature Pongamia pinnata trees stand up to 50 feet high, and their dense canopy can be almost equally wide. Their hearty, dark-green leaves retain moisture even under intense heat. Small clusters of white, purple, and pink flowers blossom on their branches throughout the year, maturing into brown seed pods that litter the ground. When the seed pods are pressed, the oil that is extracted can be used as biofuel to power pumps, generators, and even heavy machinery like tractors, cars, and trucks.

Extreme weather conditions are no obstacle for the Pongamia pinnata tree. The tree is well suited to the intense heat and sunlight of places like South India and its dense network of lateral roots and thick, long taproot make it drought-resistant. The tree can even help rehabilitate the land—the dense shade it provides slows the evaporation of surface water and its root structure promotes nitrogen fixation, which moves nutrients from the air into the soil. Using a grafting technique, the Pongamia pinnata will begin yielding seeds in the fourth year. Upon maturity, 8–12 years thereafter, each Pongamia pinnata tree will produce over 75 pounds of seed, 7 tons per acre. This is about 550 gallons of biofuel per acre. Once established, the Pongamia pinnata can give a reliable harvest of seeds for 50 years.

The Himalayan Institute in partnership with the Central Tibetan Administration is working to bring Energy Farming programs to Tibetan refugee settlements. The project is well under way at the Tibetan Rabgayling Settlement in South India:

Climate change is a global problem that needs to be addressed through multiple methods. Energy farming is an approach that helps reduce and repair the negative trend in global climate change while enriching the local ecosystem and empowering rural communities. 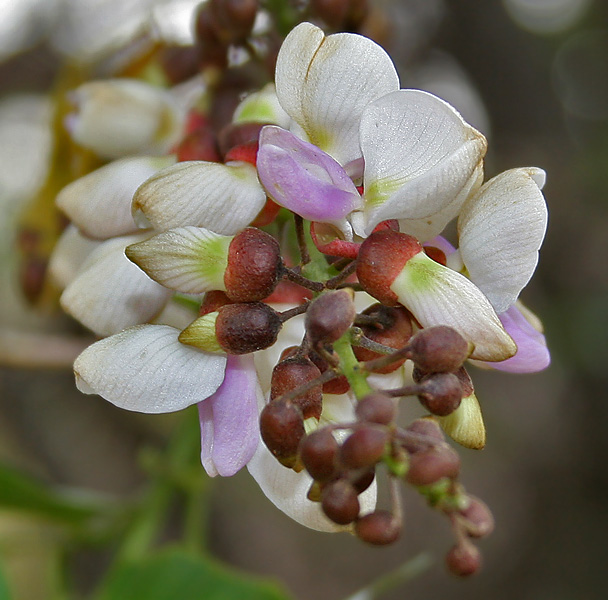 Flowers and young seed pods of the Pongamia pinnata. 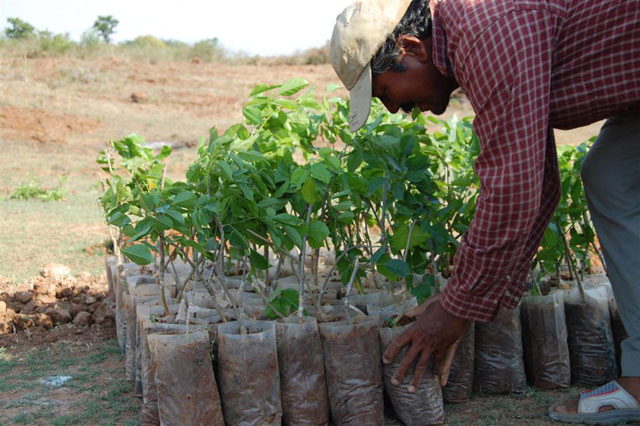 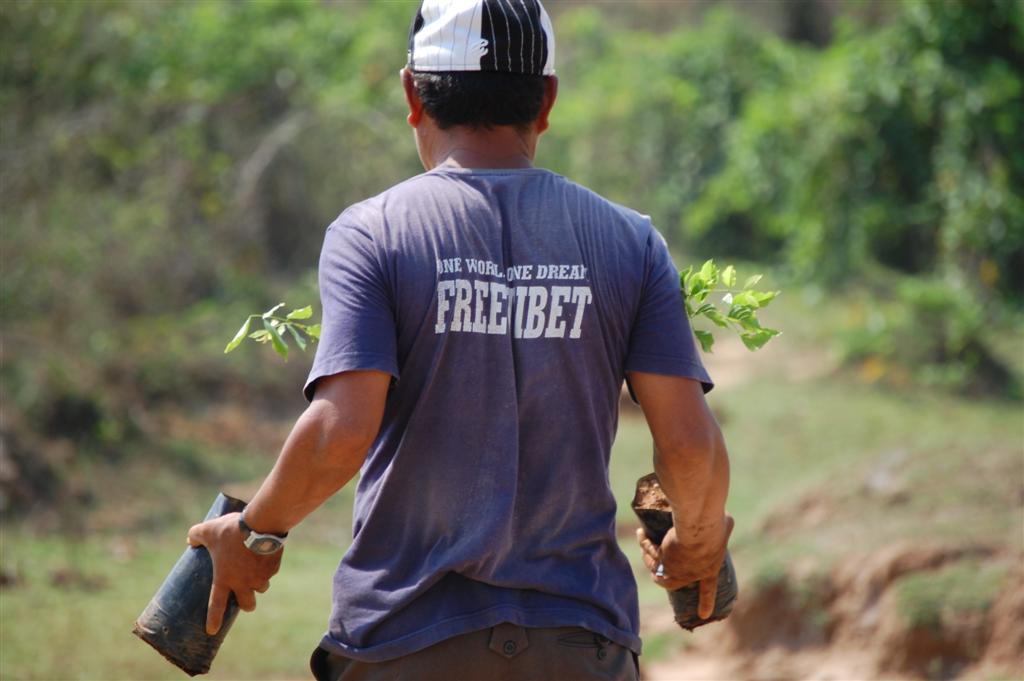