Our program model in India has been designed to focus on three initiatives: providing educational programs for children to help them rise above poverty level, preserving ancient culture and wisdom, and providing support for villagers dealing with natural disasters.

International humanitarian efforts are a vital part of the work of the Himalayan Institute, and our service has gone beyond the established projects we have in India, Mexico, and Cameroon. In addition to these projects, the Himalayan Institute has provided disaster relief to rural areas in North India and saved thousands of lives.

From June 14–17, 2013, torrential monsoon rains and a massive water eruption from the Chorabari Glacier led to devastating flash floods and landslides across the Himalayan region of Uttarakhand, North India. Thousands of homes and structures, along with roads and bridges, were washed away, stranding over 100,000 villagers and pilgrims from around India.

The epicenter of this disaster was the ancient sacred shrine of Kedarnath, which was virtually destroyed by the floods and ensuing landslide. Beyond Kedarnath, a slew of neighboring sacred shrines saw utter devastation, including Badrinath, Joshimath, Gangotri, Yamunotri, and the Valley of Flowers region.

Many of the affected regions in the Himalayas have historical significance to the Himalayan Institute, its founder, and its members, who immediately felt called to action. In a short period, funds were raised that supported thousands in need through medical relief efforts and reconstruction aid. The Himalayan Institute raised over $20,000 to help support the victims of this natural disaster. Thank you for your support!

Ways you can help

By supporting our family of projects you will help reduce poverty by addressing its root causes. We focus on total community transformation because change is not linear. Your action can provide support for people who face the harsh conditions of poverty every day. 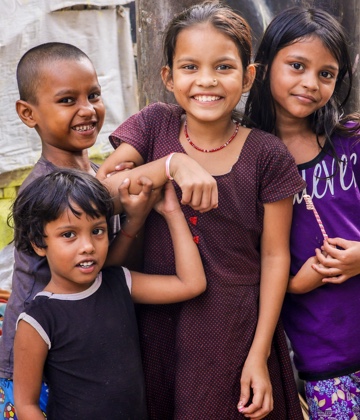 Donate
Make a one-time donation or give monthly. Your donations are the fuel behind our humanitarian programs. Help reduce poverty.
Donate

Create Campaign
Create a fundraising campaign and share it with your family and friends. Your effort help make opportunity a human right.
Create Campaign